Follow this link to a Google Map of Botswana.

“I went back to Botswana in 2005 to give a paper at the PAA (Pan African Archaeology) Congress in Gaborone. We, the delegates, had the good fortune to be taken out on a trip to Toutswemogala, the famous iron age type-site for the region. The place took my breath away. Of all the beauty and joy that Botswana has ever given me, this had to be the best. The site is a long wide koppie with a flat top and steep sides of iron red boulders. You scramble up the rocks and when you get to the top you are hit by the sticky heavy smell of the Mopane below, wood smoke from somewhere, and far away the bleating of goats. There are mists of dust in the distance with baobabs coming through, and all around you can see the great curving arc of the low horizon, like you are standing on top of the world. And just as you fall, as you swoon into this sublime landscape you see everywhere, on the ground below your feet, treasures; ostrich eggshell beads, and pottery that was incised by hands a thousand years old.”  Read the rest by following this link to Kathryn Fewster – daughter of Peter and Diane Fewster.

The Mokoba thorn-trees had knobbly thorns even on their trunks, and pairs of leaves which closed in hot sun. ’Coggly-headed’ was Peter Roberts’ descriptive term for blue-tinted agama lizards which scrambled up the trunks, avoiding the thorns. The Moshu bushes had feathery leaves and long straight spines which could pierce a flip-flop. Each spine had a curved hook at its base – the ’wait-a-bit’ tree.

There were larger ’Acacia Tortilis’ trees, with their curled-up seed-pods which contain cyanide. The local goats – evolved to become immune to the poison – love to eat these.  European breeds also enjoy the pods, but can die from eating them. Another hazard of farming the edge of the Kalahari!

If you looked carefully you might see a tree-frog camouflaged against the branch of a tree or a chameleon with its swivelling eyes stalking flies. On the ground were agile lizards, as well as more sluggish skinks. Where there were rocks, big ’leguaans’ raced for cover.

We saw few snakes – perhaps because close to the village they had mostly been killed. But still the snakes were there.

Big gingery-coloured ’Sun Spiders’ ran across the bare ground hunting insects. Occasionally there would be a ’Sebokolodi’ – a six-inch-long millipede. The children enjoyed playing with these, as they left ’train tracks’ in the sand.

There were large poisonous centipedes, which came out mostly at night.  Also nocturnal were scorpions – the big back poisonous ones (Leshokgwa), and the smaller relatively harmless yellow kind with a painful sting (Pepeng). These would be lurking under stones and the bark of dead trees during the day.

Locusts with brightly-coloured under-wings took off and flew a short distance, dancing like butterflies. When they landed the wings closed and the locusts disappeared.  With the sudden contrast between being first dazzlingly conspicuous and then camouflaged, they vanished.

There were also large sluggish brightly-coloured locusts, and green bush crickets with long antennae which filled the night with song. Nocturnal mole crickets produced a loud pulsating song, amplified by their underground chambers, and hard to locate.

Very large stick-insects mimicked twigs, and were almost impossible to see. Mantises stalked grasshoppers, with a disconcertingly ’aware’ way of looking at you over their shoulders- which few ’normal’ insects do.

Trains of large red angry-looking ants with big jaws followed their highways, some carrying caterpillars and other prey.  Sometimes grass-eating termites would swarm out of the tall termite-mounds. There were wingless wasps which looked like enormous ants.  Big dark-blue hornets with clattering wings took caterpillars into their underground nests to feed their grubs.

Sometimes in hot weather tiny bees would swarm over our skin. Perhaps they liked the moisture.

Butterflies abounded – blues, yellows, swallow-tails, and Painted Ladies exactly like the Northern kind. They congregated around puddles, appreciating the moisture. Sometimes for days on end hosts of ’Clouded Yellow‘-type butterflies migrated past, drifting westwards with the prevailing East wind.

The unpalatable African Monarch – orange with back veins – looks much like the American kind, only smaller. The edible female Diadem mimics the poisonous Monarch, as does the ‘Viceroy’ in North America. But the short lived male diadem is quite conspicuous – black with large white blotches, and a wonderful purple sheen in the right light.

At night the moths came out. There were huge silk-moths with big eye-spots, and beautiful Lunars – pale green, with long trailing tails.

One year there was a plague of moth-like butterflies. They got everywhere, and I once saw a volunteer trying to kick one out of his way. Imagine – kicking a butterfly!

Another year there was a plague of Mopane Worms – fat silk-moth-type caterpillars (‘Pane‘) which feed on the leaves of mopane trees. Dried, they are a delicacy. As a friendly gesture you are liable to be offered a greasy paper bag containing fried worms. Be prepared!

The year of the plague the moths were laying their eggs everywhere – on trunks of trees, and the tyres of vehicles. People were rubbing their hands: “Next year – plenty of Pane!”

But when next year came the mopane leaves soon got eaten up by the hungry caterpillars. They started to migrate in great hordes, looking for food.  As they marched their soft bodies shrank while their hard heads remained the same size. Nothing could stop the hordes. When they came to the railway line they swarmed across. When the train came the wheels began to slip – lubricated by mopane worms – and the train stopped.  But soon all the mopane worms had disappeared – No Pane!

The Sound of Summer was the Cicadas – a deafening throbbing chorus from the trees. The males are the ones who sing, and we are told the females are deaf. Cicada grubs live for many years underground, feeding on the sap of tree-roots. When they emerge they leave their inch-long pupa cases clinging to the bark of trees.

In the world of mammals, nocturnal porcupines lived underground, and ‘Spring Hares’ – illuminated by headlights – looked like something between a hare and a wallaby. True hares (‘Mmutle’) were common. If one appeared near the school it would be chased with wild shouts by stone-throwing students, who sometimes managed to kill and eat it.

The hare is the wise animal in the Tswana legends (transferred to America as ‘Bre’er Rabbit’). Some of these legends correspond exactly with the Uncle Remus stories.

On the rocky cliffs at the end of the hill rock-rabbits sunned themselves and churred. Occasionally baboons (‘Tshwene’ – ‘Trouble’) barked from the ridge. At night Jackals could be heard from the bush. A Civet cat was chased up a tree by the school cat.  Its spotted shape was seen by torch-light, staring down. Occasioally we would see a family of meerkats scampering by.

Sometimes on the road to Palapye an ostrich would run ahead of the car and we would see a phuduhudu (a small buck) bounding off among the trees.

We saw no Large Game near Serowe – they had probably been hunted to extinction locally. Without the Game, there were no Big Cats. A long time ago a Lion was seen drinking, not far from the village.

In spite of the absence of more spectacular wildlife, the desert plants and abundant smaller creatures were endlessly fascinating.

“The discussions about co-operatives gave rise to some interesting linguistic problems.   In societies seeking a national identity – such as Norway in the 20th century establishing its independence from Denmark, or the Third Reich between the wars – creating a ’pure’ language becomes an issue.   In Norway ’Nynorsk’ (New Norwegian) – which replaced ’foreign’ words with new ones fabricated from Norwegian roots – was introduced alongside the original language.   In Germany, ’Fernspreche’ (‘far speak’) replaced the inferior Latinate ’telephone’.

As independence approached in Botswana efforts were being made to do something similar with Setswana.   For example, ‘Tshwaragano’ (from go tshwara – ’to grab, grasp or hold’) being used for ’business’ or ’enterprise’.   Likewise, introducing the concept of the co-operative entailed using ’created’ Setswana words for English ones such as ’constitution’.   This caused much puzzlement, which usually had to be resolved by falling back on the English or Afrikaans equivalent:

Also, in Botswana many English and Afrikaans words have been absorbed into the language over time, and are regarded as belonging.   For example, an old man comes into the chemist’s shop in Serowe and asks the price of a medicine.   He is told “30 cents” (South African money, being introduced to replace Rhodesian £.s.d., and equivalent to three shillings).   Enraged, he starts to bang his fist on the counter, saying “Ga ke Lekgoa!” (“I’m not an Englishman!”).   “Ga ke itse Sekgoa!”.   (“I don’t speak English!)”.   (shouting): “Ke THREE

An anecdote related to the pitfalls of language by Gerard Pozzani, a Peace Corps volunteer assigned to SHS.

Read about a new book by ex-Shashe River School teacher David Hughes The Man With The Stick and other tales from a bar in Botswana.

Read Bessie Head’s For Serowe: A Village in Africa  first published by the Cape Town magazine The New African in 1965 and later reprinted in a collection of Bessie’s non-fiction, A Woman Alone, by Heinemann UK in 1990.

We have made every effort to make this website accurate but a document of this type is prone to mistakes and omissions, for which we apologise.  If you spot any errors let us know about them by contacting us here :- Contact

This site uses Akismet to reduce spam. Learn how your comment data is processed.

These are the latest changes.  See the rest and more details on the Change Log page. 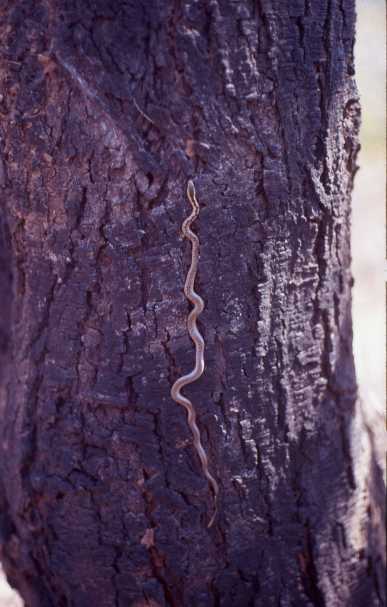 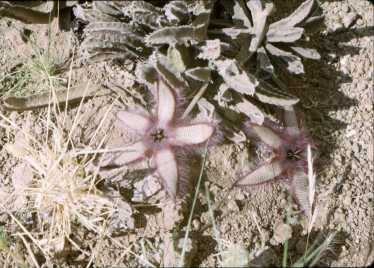 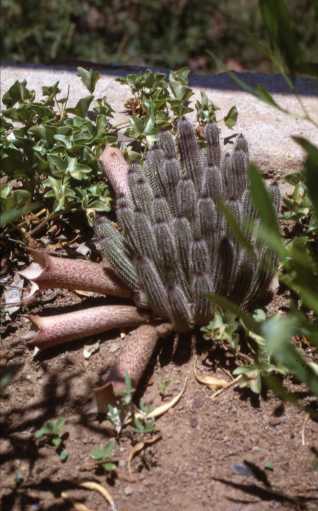 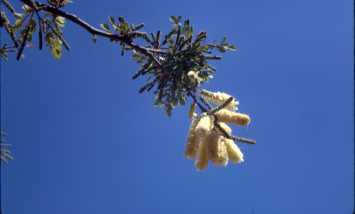 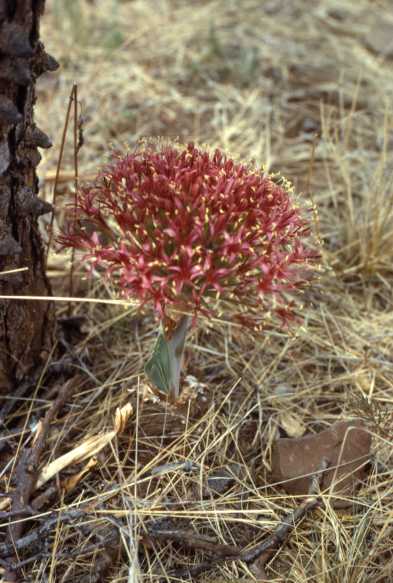 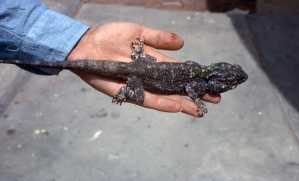 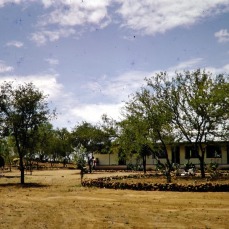 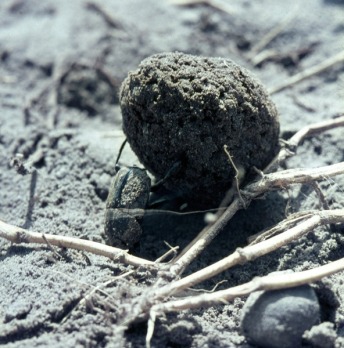 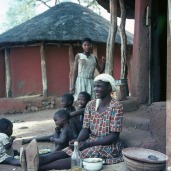